Having come of age, in the business sense, during the 80s and 90s it’s fair to say that I’ve used more than my fair share of TLAs (there I go again), three letter acronyms, and partook in way too many blue-sky meetings where we put our heads-together, thunked out of the box and sang from the same hymn sheet whilst pushing some imaginary envelope downstream. Guilty as charged, y’honour. So, having arrived back in the corporate world after several years’ voluntary absence, it perhaps shouldn’t have overly surprised me that nothing had changed in the jargon department, but it certainly did and it certainly has.

The level of bullsh*t and intentional confusion & befuddlement has flown off the scale. Back in the day, I can at least claim some relevance & notional logic but recently I’ve been faced with such terms that I can honestly state I have no idea what people are actually saying, or trying to say. Or perhaps are trying to avoid saying. During the last couple of months I have been variously advised to ‘sweat the footprint’, to undertake ‘wet bench testing’, to dissuade ‘merchant stickiness’ and to encourage ‘executive brownout’. Time for another period of enforced lay-off me-thinks as, to this day, I have not a dicky-bird what any of these mean, and my only hope is that I managed to nod in the right places and not appear openly vacant or uninterested.

And the people who use this with such gay abandon are invariably those at the top, the emperors donning their new clothes, and my, do we reward them handsomely for doing so. In singularly THE most disgusting statistic you are ever likely to hear, the High Pay Centre reported last week that the average FTSE 100 boss is paid (I struggle to say ‘earned’) the equivalent of their average employee’s annual salary for just two day’s effort. Yep, think about that for a second. The FTSE 100 boss is paid £1,260.00 per hour and it takes them two days to earn their employees’ equivalent of £27,645.00. Shocking. A shaming indictment of today’s corporate greed.

Needless to say, the fattest of fat cats remain those in our banking & finance organisations, and you’ll be delighted to hear that seven of the world’s largest institutions paid the UK the grand sum of £21m in tax on the £3,6000,000,000.00 of profits they made here in 2014. Five of them, including Deutsche Bank & JP Morgan, paid no tax at all. Can they sleep at night? With the government & FCA now deciding to drop any thought of inquiry and legislation, you’d better believe it. Now, I’m sure there must be a TLA out there for this practice but I’m delighted to remain in the dark on that one as well. Go figure. 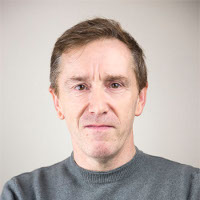 If you’ve found my blog interesting or useful, please donate a tib to the charity ‘Stay Close to Neve’.

Tibit: The token of your appreciation online